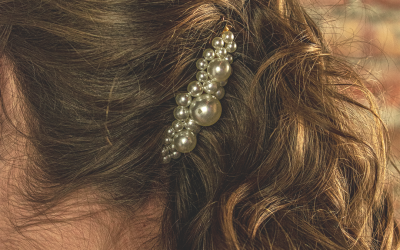 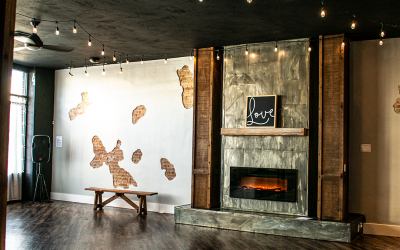 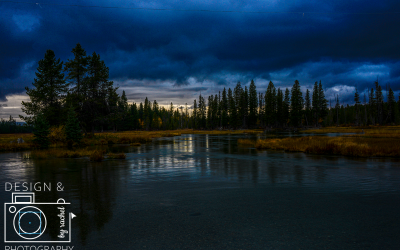 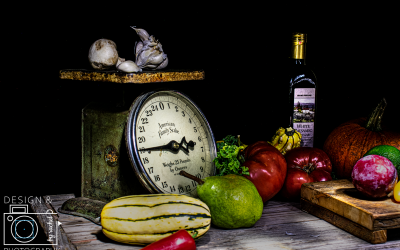 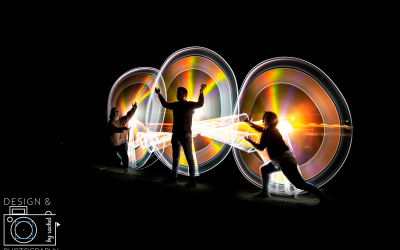 Noticing the Minor Details in Photography

I’m HUGE on noticing the little things. I talked about that a little bit in this blog post, and I’m going to show it more here. It’s easy to focus on the big picture, but this is all about noticing all the minor details in photography.

I had such a fun time photographing this couple, and you can see another preview from their pictures in this post. These next couple photos are some of the accessories that made the picture complete. The flowers were beautiful, and as I was working with the bride I couldn’t help but notice her beautiful hair clip.

And as for this one, well, I couldn’t resist the classic bouquet and kiss picture. It had to be done.

The next shot is from a couple dressed for formal pictures. Cute shoes are some of the best minor details in photography!

This model’s skirt was beautiful, and I wanted to be able to showcase it. I got more details from her skirt and blouse, but I’ll just include this one detail shot for now. Focusing on the skirt and on the hat (in the following picture) instead of the models’ faces tells a story in itself. What is it telling you?

Detail shots can make or break a photoshoot. To learn more, read about The Art of a Detail Shot.

Lighting the Minor Details in Photography

This is one of my favorite shots from the evening. Using a Speedlight flash to light just my subject left everything else dark, giving a dramatic contrast. This clearly and forcibly draws the attention to Spiderman’s hands, which is the detail I wanted to draw attention to.

Minor details are everything in photography, so don’t miss them.

Located in Rigby Idaho, The Venue Studio is one of the prettiest indoor locations I’ve ever shot at. With brick walls, wood floors, a fireplace, and more it provides the perfect combination of homey and modern for a variety of photoshoots. My last few posts include photos taken at The Venue, and now I want to focus on the Venue itself. Classy Studio Photography requires a classy studio, and the Venue did not disappoint.

I took all the photos in this post just using the natural and ambient lights already present in the space from windows, ceiling lights, etc. The above photo shows the largest main area of the studio, complete with benches and a couch.

The decorations at this place are fabulous, from string lights to chandeliers. Classy studio photography is always enhanced by the presence of little details and big details, like the lights above as well as the light fixture I’ll show at the end of this post.

That picture shows another main part of the space, complete with a fireplace and a distressed white-and-brick wall. Both of those made for perfect backgrounds for studio photography!

Every detail of this place was picture perfect. This classy chandelier is in their bride’s room, and I think it fits perfectly with The Venue’s classy vibe.

I would recommend The Venue Studios for anyone looking to host a wedding reception, bridal shower, or any kind of photo shoot. Company parties and other celebrations are also a great reason to use this space. It was a privilege to be able to take pictures there!

A few of the best photo spots in the Grand Tetons

The Tetons are sooooo beautiful, and when I went recently I was lucky enough to get snow on the mountains. Here are a few of my favorite shots from the day I went.

One of the spots I stopped was Mormon Row, which has charming old houses and buildings, as well as an old barn, pictured below. Definitely one of the best photo spots in the grand Tetons.

This one was taken at a little pull-over as I approached the peak of the Tetons. Some of the little views can make the best photos!

The peaks were mostly covered with clouds, but another one of the best photo spots in the Grand Tetons was another pull-over which afforded us a beautiful view of a few of the peaks. I zoomed in on this one. In post, I brightened the fall colors because they were absolutely beautiful in real life!

Sometimes, you create your own best spots

It was cloudy most of the time I was there, but at one point the sun came out and the people I was with and I immediately pulled over to the side of the road to take pictures. This was one that I captured. The Grand Tetons are nowhere in sight, but this was one of the best photos I took that day.

See some AMAZING shots of some of the best photo spots in the Grand Tetons here.

See more of my photos from that trip in this blog post!

Taking photos of the Buffalo River in Idaho

Recently I went to Island Park, Idaho and took photos of the Buffalo River. Here are some buffalo river in Idaho photos that I thought turned out well! Bracketing is key for getting good sunset photos, so I did a lot of that.

This photo was taken at blue hour, when the sun had just set. Some of the best Buffalo River in Idaho photos are taken at sunset or just after! I did bracket to get this image, and blended the bracketed images together in post.

This was one of my favorites!! I love noticing details, and so I wanted a close-up of these flower-weed-things. I did bracketing for this photo as well, to get the flowers as well as the sky with good exposure.

Someone had stacked rocks near the Buffalo River, and I took a quick photo!

This was another bracketed photo, and it was taken with a really slow shutter speed which made the water look fuzzy!

I loved taking these Buffalo River in Idaho photos. This one is kind of similar, and I thought it was beautiful!

See more of my Landscape photos on my Fine Art page.

Oh. My. Heart. I have found a new addiction, and I don’t want to recover. Still life light painting photography is new to me, but I LOVE it so much.

I’m starting off with one of my favorite photos I’ve ever taken. Over 15 seconds, another photographer and I took this photo while he danced a flashlight over the objects in our still life. He took a couple extra seconds on the clear glass objects to make it look like light was coming from them, and put a little less light over everything else. This is the result, and I’m honestly in love with it.

This was one of my favorite examples of creating shadows with light painting. Believe it or not, this photo was taken in a bathroom, with a fancy cloth over the toilet. It was a long 15 seconds for my hand model, and it required some Photoshop work in post, but it turned out with the dramatic flair I was hoping for. Some of my Photoshop edits included a basic black paintbrush taking out parts of the background, and adding exposure masks on parts of the image to bring out shadows and highlights more.

This was one of my favorites! I decided to focus on the tower of this fairy castle, and in post I added an exposure mask to make the windows look like they’re lit. I had tried to light them up more with the actual still life light painting photography, but it didn’t quite work so I did it in post.

I had SO much fun with this light painting. I loved using lights to create interesting highlights and shadows on these still life setups. If you want to see more light painting outside, go see my other light painting post!

I’ve had some experience with long exposure photography, and I’ve always found it fascinating. But until now, my long exposure light painting had been done in dark rooms, never at night outside. So I want to share a few photos taken on several nights recently that I find super fascinating! I’ve found a new obsession with using light, and I’ve learned that prime photography hours do not end when golden hour ends. Here are some recent examples of my Idaho nighttime light painting photos.

I recently went on a photography excursion and one of our stops was Tetonia, Idaho. On a random, sketchy, dark street we found some old trucks and a quiet gravel road to do light painting. These are the results:

An old, abandoned truck in a truckyard. This Idaho nighttime light painting was done with a small flashlight. We had someone light up the truck, spending extra time on the headlights. This made it look like they were lit up. We also got a really cool sky behind the truck, which only shows up due to the long exposure because it was pretty much dark when we did this.

LIGHT. TUBES. Light tubes. Listen. If you find a nice, quiet, sketchy, dark gravel road, you stop, set up your tripod, and get out a light tube. Pete DeMarco has some FABULOUS examples of this nighttime light painting technique.

To get this photo, we had a model pose for 25 seconds (you will usually do 20-30 seconds for these) while another person waved a light tube around like a light saber to create the design. We set our cameras to f/8 with ISO 400.

In post, I added an exposure mask in Photoshop to get rid of any extra light that was picked up, giving me this final result.

This was another example, this time with three models. This time the exposure was a 30 second shutter speed.

I recently took a stab at astrophotography, and I really want to try it again because I am not thrilled with how it turned out. My main issue was getting the focus to be on the stars, but I didn’t notice they were blurry until I was finished! *sad face*

My plan is to try more astrophotography nighttime light painting tomorrow, so I’ll have to give you all an update after that happens! Fingers crossed. The above picture also included some light painting done with a flashlight on the trees. I blended 3 images together to get the final result, bringing in highlights of the trees from each image!

The final technique I tried is a classic example of rural Idaho nighttime light painting: a trestle bridge.

This picture’s story is an example of true dedication as a photographer, though I do say so myself. I waited under the bridge as it rained (yes, my poor camera *cries*) until I got the perfect blue hour lighting. And then, as it was still raining, I went out from under the bridge, put my scarf over my camera to keep it dry, and took a few 15-second exposure photos. Someone else “painted” the bridge with a flashlight during those 15 seconds so that I could have a lit-up bridge as well as the blue sky. It was freezing, wet, and totally worth it.

Now, these have been some of my favorite examples of Idaho nighttime light painting outside, and now you should go check out my indoor light painting examples!